State of our apps, iOS 6 and iPhone 5

I’ve been working on updating our apps since the iPhone 5 announcement but unfortunately, I had a bike accident a few days earlier. Aside from being sore and 5 broken ribs, the main issue is a fractured clavicle, which slows me down quite a bit.

Most of you may not know that, but Edovia is essentially a one-man shop. I do have occasional software interns helping out and contractors to help me take care of support, accounting, design and our soon to be revamped VNC framework but the daily operations and most of the coding is done by me.

I’m looking to expand and hire an extra developer but finding the right person is hard!

Anyway, instead of sitting on the couch doing nothing, I got myself busy and did what I could with just one hand.

This app is now free and also now ad-based but the good news is you won’t see any ads unless you have an iPhone 5. Version 1.5 is now available on the App Store.

Currencies hasn’t been doing very well for the past few months, mainly because 90% of the currency converter apps are free. It’s hard to compete with free, even if the app was 99¢.

On a side note, I brought back the original icon to make Sebastiaan happy. 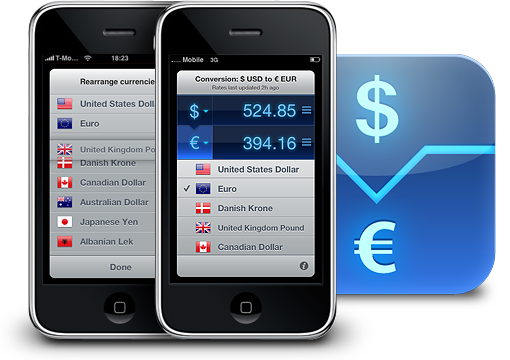 A new version, 3.5, as been submitted to Apple a few days ago. If you get your hands on an iPhone 5, then you’ll be happy to know that we took advantage of the extra space that new and shiny 4″ display provides by adding an extra row of buttons: 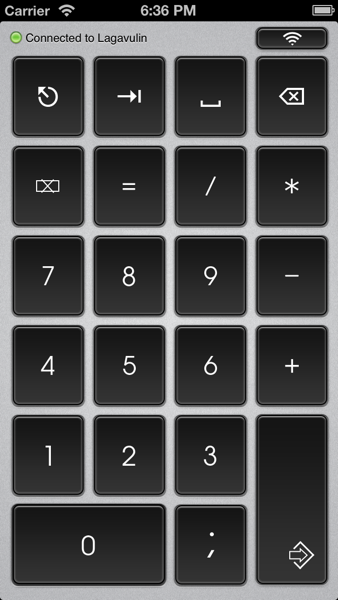 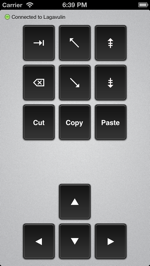 The last update was almost one year ago so you may also notice some improvements regarding stability and improved connectivity. Look for it on the App Store soon!

I’m almost done with this one but I still don’t know what to do with the extra space the iPhone 5 provides. If there are some shortcuts you’d like to be added, please post a comment!

Which brings us to Screens. This app will require some work before it exploits the iPhone 5 display and most people are using the app from an iPad so I’m not quite sure it is worth it for now to release an update, especially since we’re currently working on a brand now 3.0 version, built from the ground up.

This new version will require iOS 6 and will bring many improvements. Stay tuned!

Again, I’m planning on a major rewrite of the app once Screens 3.0 for iOS is done. I’m also planning to release a maintenance update soon but Apple has been very, very, very slow at reviewing Mac apps lately so it may be a while until this update is available.