Here’s the fourth and final chapter of our series of 4 blog posts about our 5 years on the App Store. You can also read about part I, II and III.

Our first event of the year was last week, when we released Screens Connect 3 for Windows. An update was long overdue and finally found some time to work on it. You can download it at https://screensconnect.com. 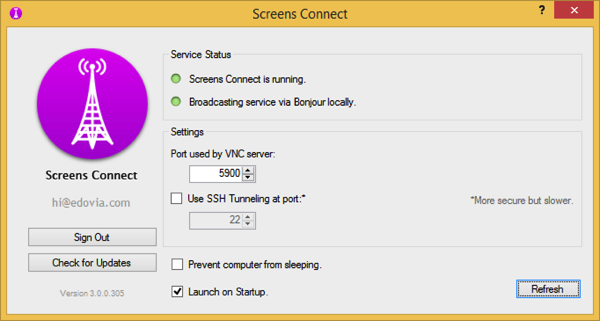 Screens Connect adds Bonjour broadcasting, which is lacking on Windows.

Unfortunately, the update is a bit late. Initially planned in January, the recent changes at LogMeIn brought new users and special requirements so we had to delay the release in order for us to add some great new features and include additional support for Screens Connect 3 for Windows.

Screens 3.2 will also introduce a feature that many of you have been asking for a long time. We finally figured out how to make it happen so that it doesn’t suck. It’s great and we’re sure you’re going to love it!

We’ll write more about the new 3.2 release once it has been submitted to Apple.

Here’s a sneak peek of what Screens 3 for Mac has for you: 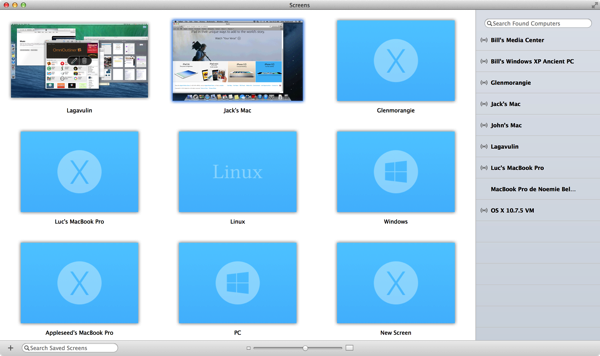 Brand new interface. See nearby and remote computers right from the main window. 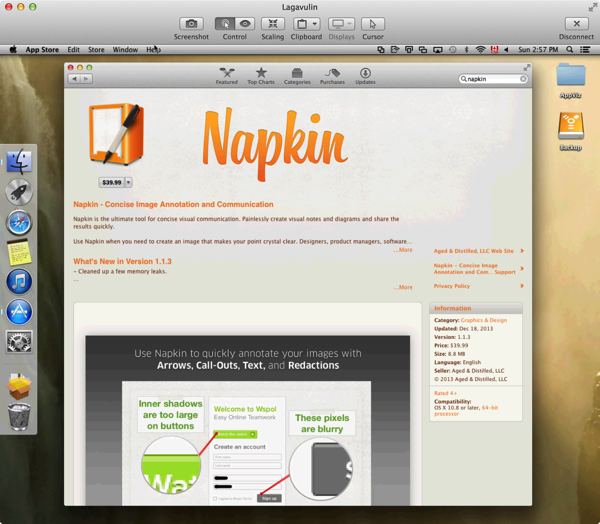 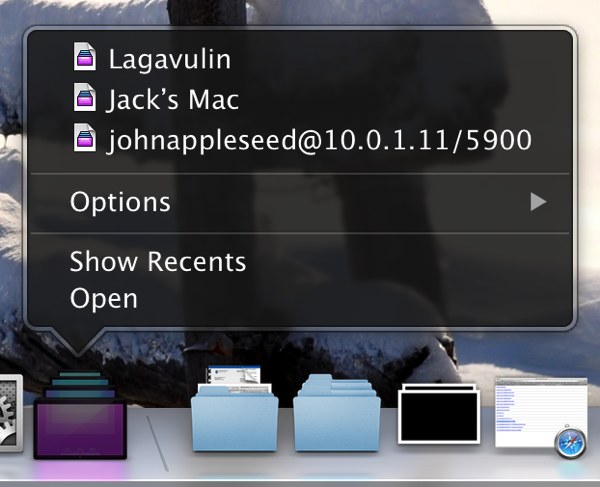 Screens 3 for Mac is also a complete rewrite. We’ve made many changes to our VNC engine and Screens is faster than ever on the Mac. It’ll also include a bunch of new features that were introduced in Screens 3 for iOS.

The key thing to remember about Screens 3 for Mac is that it’s wicked fast!

We’re also happy to announce that Screens 3 for Mac will be a free update for all current Screens for Mac users. After Screens 3 for iOS major release, we had to re-evaluate our pricing/upgrade strategy and we’ll try to focus on optional features through In-App purchases in the future.

Screens 3 for Mac should be out in Q1 2014. Make sure to follow us on Twitter to know when it’s available!

At Edovia, we like to scratch our own itch. There’s an app that we’ve been thinking about for over a year and we’ll finally make it happen in 2014. This new app is targeted mostly to our fellow developers and we believe it’ll make things easier for them and will improve the quality of their apps.

Of course, we’ll keep improving Screens on both iOS and Mac throughout the year.

As for Edovia, we’re also working on a brand new website that should be release once Screens 3 for Mac is out.

We also want to improve our overall communications with our users through support, Twitter, Facebook and our blog.