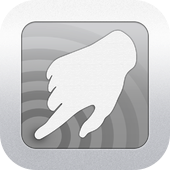 When you remove apps from sale, they’re just gone and no longer available so you move on. When another company acquires them, however, it’s different. They’re still alive but they’re not yours any longer. You have to trust that the company now responsible for those apps care about them and their users.

This is why I’m happy that they found a new home at BitBQ. I’ve known Patrick for a few years and I know I can trust that he’ll pamper both apps like his own.

We have been very busy with Screens in the past years, especially this year with a major rewrite of the app. In the process, we unfortunately neglected some of our other apps and felt that this was a disservice to our users so we started looking for a new home for TouchPad and NumPad.

BitBQ will be working on major updates for both apps and they should be out in the first half of 2014.

Me and Patrick spoke about our vision and we share many ideas regarding what could be done with both app but moreover, Patrick has some great new ideas that he’d like to introduce so the future is bright for TouchPad and NumPad.

We can’t wait to see that BitBQ will come up with!

Another great news is that Apple makes it a breeze to transfer apps to another developer so you’ll still find TouchPad and NumPad on the App Store and you’ll be able to re-download them without having to pay for them again.

You’ll find new product pages for TouchPad and NumPad on the BitBQ website. Support will also be managed by BitBQ.

We’re currently busy working on a Screens 3.2 update with new features and on Screens 3 for Mac, which should be available in Q1 2014. We’re also working on new projects that we hope to let you know about later next year.